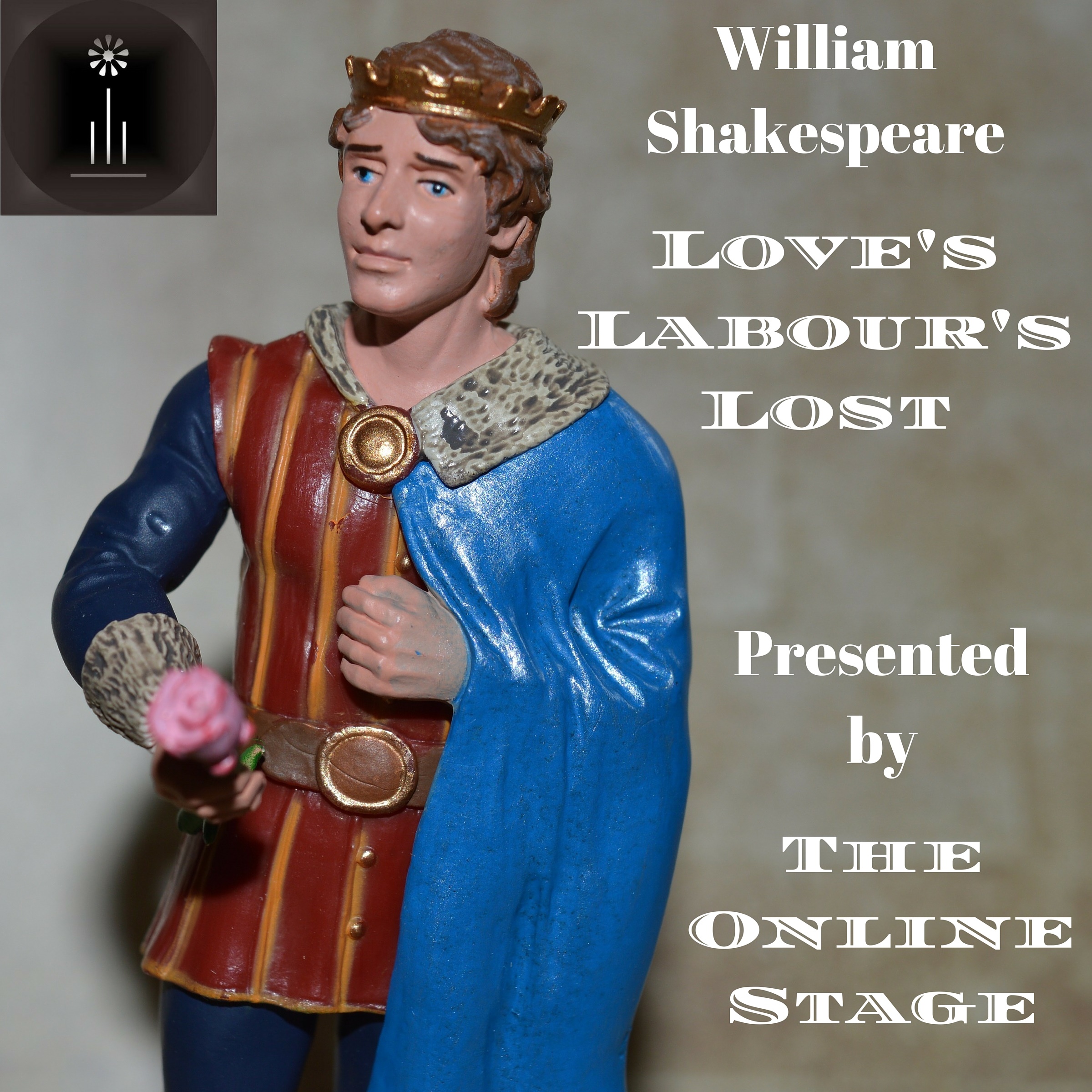 Love's Labour's Lost
by William Shakespeare
Presented by the Online Stage
First published in 1598,  Love’s Labour’s Lost is one of the most abstruse of Shakespeare’s comedies.   It has no villain and abounds in topical references,  most of which have little meaning today for the non-scholarly  auditor.  The plot is built around the plan of the King of Navarre and three of his courtiers to abjure the society of women and live an ascetic lifestyle for three years.  Unsurprisingly, this act of self-denial only stimulates the men’s ardour when they encounter the Princess of France and her female entourage.    The play ends with news of the death of the father of the Princess, which institutes a twelve-month period of mourning, during which the King and his three companions commit to remaining celibate and true to their chosen ladies.
Cast
King of Navarre - Alan Weyman
Berowne – David Prickett
Longaville - Jeff Moon
1) Dumaine; 2) Forester - Garrison Moore
The Princess of France - Caprisha Page
Rosaline - Charlotte Duckett
Maria - Elizabeth Klett
Jaquenetta - Cate Barratt
Katherine - PJ Morgan
Boyet, a lord attending the Princess - Peter Tucker
Armado, the braggart - Marty Kryz
Boy, Armado’s page - Leanne Yau
Costard  the Clown - Ben Lindsey-Clark
1) Dull, the constable; 2) Monsieur Marcade - Andrew Coleman
1) Lord; 2) Holofernes, the pedant - John Burlinson
Nathaniel, the curate - K.G.Cross
Final song – Spring – performed by Eileen Tipping
Final song – Winter – performed by Leanne Yau
Stage directions read by Denis Daly
Audio edited by Denis Daly
Cover design by Denis Daly
The script for this recording was kindly provided by Folger Digital Texts.
This recording may be freely downloaded and distributed, as long as the Online Stage is credited as the author.  It may not be used for commercial purposes or distributed in an edited or remixed form.
The Online Stage is collective of narrators and actors who have come together to present productions of classic dramatic works in audio format.  For further information about The Online Stage or to explore our catalogue please visit:
The Online Stage

Uploaded by The Online Stage on December 4, 2016